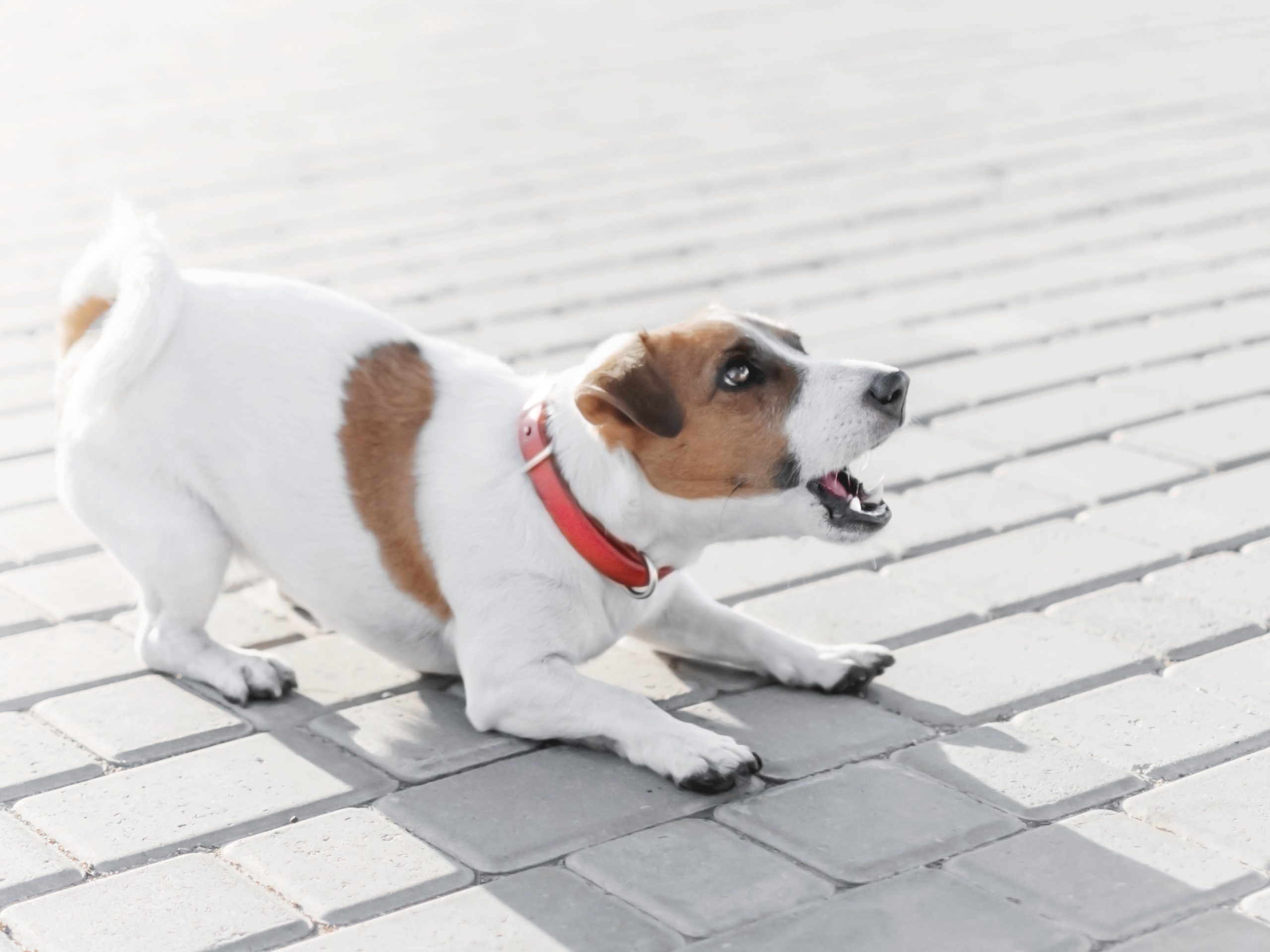 Terriers are dogs commonly known for barking. It’s because terriers are hunting dogs and barking is part of their natural hunting ability to capture its prey. Terrier dogs are tough, even the small ones, and aren’t afraid to battle a dog three or four times its size.

Terriers make excellent watchdogs because they are always alert and active. The problem is when they become too alert to what’s going on around them. It’s one thing to bark at the mailman at the door; it’s something completely different when they bark at a bee flying a flower.

The word terrier means “go to ground” or “earth dog,” which speaks of its aggressive hunting habits that follow its prey to their burrows. It’s totally normal for a terrier to bark; in fact, it’s their nature to do so.

Because terriers are small dogs, it gives them a yappy personality. Most dog breeds small in size have this “yappy” response to the world around them.

yet, all dogs can be trained to have a slower response to bad barking habits.

Why Do Terriers Bark?

Terriers are intelligent animals and normally very active. It’s not something out of the ordinary for a terrier to bark, but too much barking could mean something else is going on.

If your terrier is always barking, some common problems could be:

Terriers were bred to work, and even though that’s not the case today, that high level of energy remains. Because terriers are bred to work, they get bored when they don’t have work to do.

When a terrier is making a lot of noise, it needs to burn off some of that excess energy.

How is this done? Well, let me give you some ideas.

First, it’s a good idea to take your terrier to a dog park to walk off that obnoxious behavior. A simple Google search should bring up several “dog-parks” in your area where your terrier can run like the wind. A tired terrier is a quiet one.

Second, grab some dog toys at a local pet store and spend some time with your terrier playing. Playing catch or having your terrier chase after a laser light will give it needed exercise as well as tiring them out.

Even though it’s common for terriers to bark, this doesn’t have to be the case. With proper training, a terrier can learn not to bark at everything that moves. Remember, it’s normal for a terrier to bark; they are trying to warn you or want you to notice something. You cannot train a dog NOT to be a DOG, but you can work with it and learn from your terrier.

Your terrier should know what no and quiet means. This is a foundational step for training any dog. You never want to yell at your dog, but you do want to be stern and show them that you mean business.

Dogs need to be lead, and a terrier is no exception.

There are several ways you can train a terrier not to bark:

Continue reading this post, at the end I am going to give you simple steps that I use to train my terrier not to bark.

It doesn’t take much for a terrier to become distracted. They are always looking for trouble – and that’s a part of their nature.

To keep a terrier from being distracted, it may help offering your dog some play toys. This will always give your dog something to do.

Terriers are people dogs. They love to be around people as much as possible, and when they are not they will act out.

If you plan on being away for some time, make sure that you make arrangements for your terrier to be lodged someplace. It’s not good for it to be alone.

Which Terriers Bark the Least

According to my research, the terriers that bark the least amount are the Soft-Coated Wheaten Terrier and the Glen of Imaal Terrier.

The Soft-Coated Wheaten Terrier will bark when it’s necessary to do so, but they normally welcome you with what is called the “Wheaten greetin.”

You’ll notice with the Soft-Coated Wheaten Terrier that they like to jump up on you to welcome you home. The video above gives you a great illustration of how these dogs excitedly jump up in anticipation of your arrival.

The Glen of Imaal Terriers is a calmer terrier choice. Though they still beat a terrier heart and still are thrill-seeking dogs, the Glen of Imaal Terriers like to keep it a little more on the down-low. These terriers are breed to follow their prey into their dens silently. This is seen in their personality today, where they are known as dogs that are not very vocal.

Though these dogs are a lot quieter than other terriers, they will bark when it’s necessary.

Training a Terrier Not to Bark

There are several ways to train a terrier not to bark, but below are the steps that I found work the best.

The information for these steps came from wagwalking.com.

If you’re having a hard time getting your terrier to stop barking, then use a distraction. A distraction could be a bell, whistle, or some other noisemaker to get its attention.

Prompt Your Dog to Bark

Use a doorbell to trigger the barking response for your terrier. Then distract the attention of the terrier to get them to stop barking, rewarding them when they are completely quiet.

When it comes to training a pup not to bark, patience is going to be required. You have to continue the process over and over again until the dog begins to understand.

If you are patient with your dog then you’ll start to see success. If at any time you start to get frustrated, just take a breather and continue another day.

The nature of any terrier is to bark, though there are a few terriers that are quieter than others.

With a little training and patience, your terrier can learn not to bark at certain noises or in situations.

If you have any comments or questions, you can use the form below.

One thought on “Do Terriers Bark A Lot?”