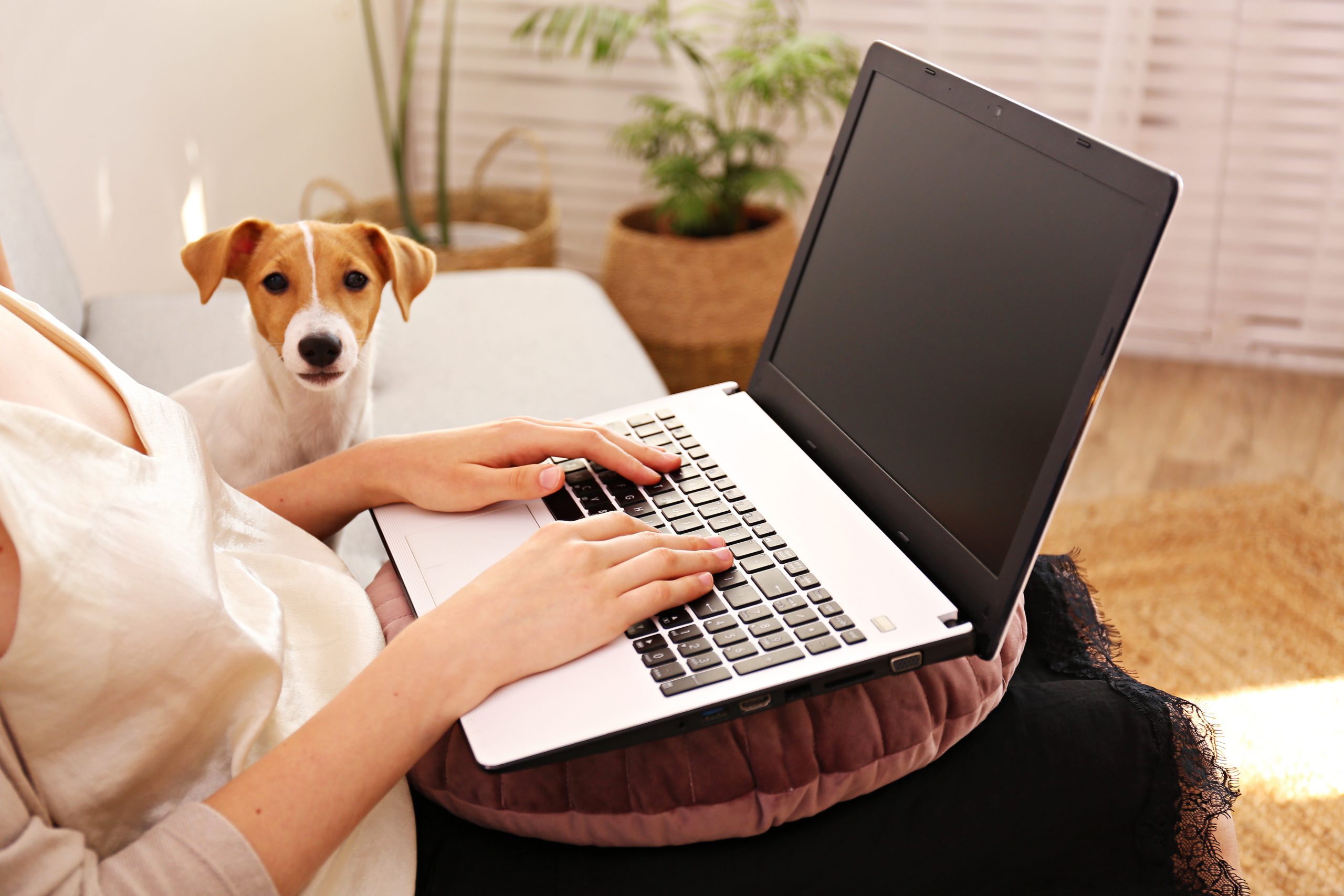 Jack Russell Terriers make for amazing companions. They’re intelligent, inquisitive and cheerful dogs who love to learn and hang out with their owners for hours of fun. They have long life spans, are easy to train and strive to make their owners fall in love with them.

But just because they’re little dogs doesn’t mean that they automatically make for good pets if space is limited. So, are Jack Russell Terriers good apartment dogs? Let’s find out.

It’s All About the Exercise

Many Jack Russell Terrier breeders would be reluctant to hand over a puppy to a new owner who lives in an apartment. It can seem a little extreme, especially if you’re an apartment dweller who has their heart set on a Jack Russell.

And these days, lots of people live in apartments. Every year the population grows ever larger, and we’re forced into living in closer quarters, with other people. Not only that, but the average wage doesn’t always allow us to have the house of our dreams, complete with the perfect garden.

But breeders and dog experts know just how difficult it is to keep Jack Russell Terriers in apartments, and this is because these little dogs need lots of exercise, and apartments aren’t always blessed with the kind of space that they need.

That doesn’t mean you can’t have a Jack Russell Terrier in an apartment. What it does mean, though, is that you’ll have to be extra creative when it comes to finding ways to exercise your dog both inside and outside the home.

Jack Russells Have Plenty of Energy to Burn Off!

Because they’re so small and adorable, we might think that all a Jack Russell Terrier would love to do all day is be cuddled and adored. But this isn’t the case. If you’re looking for a dog that wants nothing more than to be a lazy lap dog, then think more of a Bichon Frise, or a Pug.

Jack Russell Terriers were never meant to be indoor dogs. They were specifically bred to be working dogs, used by farmers and landowners as ‘ratters’. This means that they’d be sent out into barns and fields, scrabbling down holes and tunnels to ferret out pests like rats and rabbits.

Throughout the years, Jack Russell Terriers haven’t lost any of their work ethic! From the moment they open their eyes in the morning until the time they close them again at night, they’re on the go, ready for a new adventure.

They’ll have burst of energy that has to have an outlet, and although they do love a power nap, they simply use that to recharge their batteries so that once they’re awake again, they’re ready to go all over again.

The good thing is that it doesn’t necessarily mean that all their energy has to be channelled into running and walking. A lot of energy can be burned off by dogs using their brains. Games, training and learning tricks are all ways for a Jack Russell Terrier to expend some of its energy without leaving the apartment.

You Can’t Beat a Good Walk

Going for walkies has to be a dog’s favorite activity. Just getting up and reaching for the leash has a pup turning around and around in excitement and anticipation. And it’s great exercise for owners, too. It’s not just about taking them out to do their business, of course. Taking a dog for a walk is just the same as us checking social media!

In the same way that we like to scroll through our news feeds, looking at the local gossip and seeing what everyone’s been up to, dogs walk around their neighborhood to also get an idea of what’s going on. Every lamppost they sniff, every car wheel they inspect, that’s them checking out the social media of dog land.

So, if you have a dog, you should always see their walks as not just a 5-minute rush for them to go to the bathroom, but an activity that they should be allowed to enjoy in the same way that we might enjoy going to the gym, or going out for coffee or drinks with friends.

If they meet another canine friend on the walk, then that’s even better! Dogs are highly social creatures and as long as they’ve been socialized early on, it’s natural for them to want some time seeing their other doggy pals on their strolls.

Dedicate at least an hour of your day (split into two lots of 30 minutes if that’s easier) to getting outside with your Jack Russell Terrier and you’ll find that it’s much easier to keep them satisfied enough in your apartment.

It’s important to keep up with the routine, too. Getting a new dog is all about making promises and having the best of intentions but if you start to give your Jack Russell Terrier lots of lovely long walks in the beginning, they’ll get used to this way of life and once the walks dry up, your dog will become very frustrated.

If you’re getting a Jack Russell Terrier as an adult, you’re unlikely to have issues with accidents inside the apartment. Jack Russell Terriers are very intelligent dogs who quickly learn the basics of going to the bathroom outside, so apartment life won’t be a problem if your dog’s getting regular walks.

But no dog should be introduced to an apartment when they’re still a tiny puppy. We all love puppies when they’re at the adorable, eight-week-old stage but this is when they’re the hardest work of all.

Potty training involves lots of rushing outside when you notice the signs that they’re about to do their mess, and putting your puppy in the yard or on the grass so that they associate potty time with being outside.

Being in apartment means this is almost impossible. You could find yourself going up and down twenty times a day, and your dog has zero idea about the importance of waiting for the elevator to arrive before they relieve themselves!

Puppy pads might be a good idea, but it’ll take much longer for your dog to get the hang of potty training if they don’t associate the outdoors with their toilet. It’s another vital thing to bear in mind if you want a dog while living in an apartment.

Other Ways to Exercise Your Jack Russell Terrier

Because the Jack Russell Terrier has both an active mind and an active body, you’ll need to bear this in mind if you’re thinking about introducing this dog to an apartment. But that doesn’t mean that it’s an impossible task.

The most important thing to be aware of is that if your Jack Russell Terrier is bored, then they can cause real problems for you. These dogs have such active minds that if they’re left alone for long periods of time or have energy that they can’t release, then they will let their frustrations known.

A Jack Russell Terrier left alone for hours will think nothing of barking from the second you leave until the second you return home again. In an apartment, this makes for some very unhappy neighbors! These dogs will also chew and destroy furniture, books, clothes and shoes to let out some of their boredom.

So, if you’re taking one of these dogs on, be sure to give them plenty of attention. Get them toys, puzzles, and chews that will keep them occupied. Devote plenty of time to them so that you will not only bond with your dog, but you’ll train their sharp brains and give them the mental stimulation that they need.

If you’re going to be out of the house for most of the day then a Jack Russell Terrier, and arguably any dog, isn’t going to be a good idea, particularly if you live in an apartment.

As we’ve discussed, as long as you’re willing to put in the time and effort to exercise your Jack Russell Terrier in both a physical and mental way, then there’s every reason to believe that this dog will do very well in an apartment.

But you should be aware that just because this is a small dog, it doesn’t mean that a small house will suffice. Jack Russell Terriers are full of character and are a real joy to their owners, but they do best when they have plenty of exercise.

If you’re living in an apartment but you’re still able to spend plenty of quality time with your dog, giving it the exercise it needs and indulging its need to play and learn with you, then a Jack Russell Terrier makes for a perfect choice!

You may find that there’s the perfect Jack Russell Terrier at your local pound, just waiting for an owner like yourself to come by and bring them to their forever home. Remember to adopt, and not shop, and you could find yourself the ideal apartment companion for years to come.